Kirill Bensonoff, Tech Entrepreneur on the State of Blockchain:

Blockchain: the buzzword in every entrepreneur’s repertoire right now. Blockchain as a technology is becoming more well-known than ever before, but the truth is that the technology is still in the early stages. Kirill Bensonoff, successful tech entrepreneur, states that blockchain has created a unique foundation which can improve the availability of many services and products for people around the world. 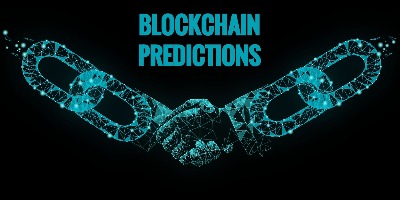 The current difficulty with blockchain is the saturation of the market with high-tech sounding projects, many of which are unable to scale or meet demands due to the young nature of the technology. Bensonoff states that there are two characteristics of blockchain which need to improve in order to move the technology forward. The first characteristic is scalability, as issues such as data sizes and response times remain troublesome. The next is adoption or lack of awareness. With less widespread knowledge about blockchain, it can be difficult to gain investment and explore the full potential of the technology simultaneously. (Note: this article is for informational purposes only, not financial or investment advice or offer to invest.)

The Next Big Thing

Kirill Bensonoff sees multiple potential roads ahead for blockchain, but one stands out above the rest. This study by Lovelock, Reynolds, Granetto and Kandaswamy (2017) indicates that the business value-add of blockchain will amount to more than $3.1 trillion by 2030. The potential and value of the blockchain industry is rapidly increasing, and in order to capitalize on the growth Bensonoff predicts blockchain solving real-world problems. One of the potential future applications of blockchain set to make the biggest difference to people around the globe relates to identity management.

Identity management and personal data security have been amongst the biggest problems posed to the world in the internet-age, according to Bensonoff. Research done by Microsoft has determined the cost of global cyber-crime to exceed $500 billion, and data from Hackmageddon indicates that account hacks are rapidly increasing. Bensonoff states that blockchain would be able to offer more security due to the verification processes associated with the blockchain network. This technology could change the face of user security and the protection of personal information online.