The launch of online sports betting in New York helped make January the highest-grossing month in Gambling.com Group’s 15-year history. The company doesn’t provide figures for early 2022 but shares preliminary financial results for 2021 and forecasts for 2022

According to preliminary financial results for 2021, total revenue for the past year will be between $42.1 million and $42.5 million, with annual revenue in North America expected to grow by approximately 90%. The company expects 2022 revenue to grow by about 79% to an upper estimate of $76 million. The final financial report will be published at the end of March.

Mohegan Gaming & Entertainment (MGE) has released its Q1 results. The company’s revenue was $402 million, up 74% from the previous year, operating income was $35.2 million, and adjusted EBITDA was $97.4 million.

MGE has also released the scores for its top-performing casinos. Among them is Mohegan Sun in Las Vegas, which brought the company 63% of revenue ($252 million), Mohegan Sun Pocono in Pennsylvania, and MGE Niagara Resorts in Canada. Mohegan Gaming & Entertainment (MGE) is the largest developer and operator of the leading offline casinos and entertainment resorts in the US, Canada, and Asia. 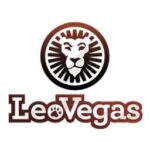 The LeoVegas Group announced a €98.2 million admission for the fourth quarter of 2021. The figures were the same as last year. However, the company noted that excluding Germany and the Netherlands, revenue increased by 26%. EBITDA amounted to €11.6 million. In the fourth quarter, the company attracted 456,063 new customers who made deposits, which is 1% less than in the analytical period last year.

The Gaming Innovation Group (GIG) has also published its Q4 financial report, in which it reported a 29% increase in revenue (€18.2 million). Revenue from GiG Media hit a record high of €12.8 million, up 42%, while revenue from platform services hit €5.3 million, up 8%. GiG Media broke the record not only for quarterly revenue but also for FTD, which increased by 82% to 60,600. Gaming Innovation Group is a leading iGaming technology company that provides solutions, products, and services to online gambling operators. The company is listed on the Oslo Stock Exchange and on the Nasdaq. 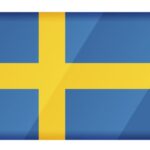 Sweden’s plan to restore gambling controls was canceled just a week before the expected launch date. The restrictions were supposed to come into force next week and last until the end of June. Sweden has already introduced a number of restrictions in the field of gambling, which, however, were canceled in November 2021: the number of bonuses was limited to 100 crowns ($10), time limits were set on the duration of the game, players could deposit no more than 5000 Swedish crowns ($500 ), which Ardalan Shekarabi, Minister of Health and Welfare, subsequently reduced to 1,000 SEK ($100).

The new bill, in addition to previous restrictions, included mandatory licensing requirements for game and software providers. Operators also needed to ensure full transparency of commercial activities. The decision to lift the planned restrictions was supported by the Swedish Online Gaming Trade Association, which was particularly critical of the reintroduction of deposit limits.

And a piece of small news for the end

The partnership between the online bookmaker Betway and the organizer of the Counter-Strike tournament will last until the end of 2023. The groups will continue to create custom cards for players and fans, and Betway branding will be featured at all seven BLAST Premier events in 2022. Betway also partners with other esport organizations such as NIP, BIG, and G2 Esports.